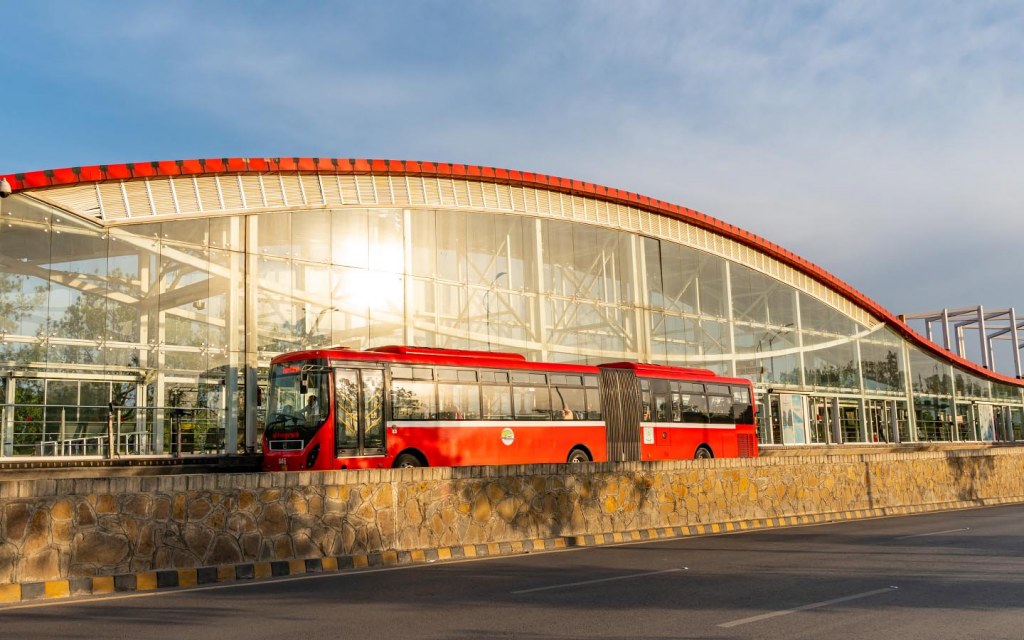 Stretching 22.5 kilometres, Metro Bus Islamabad runs between the twin cities. It provides a safe, comfortable and reliable commute to the residents of both Rawalpindi and Islamabad. This Bus Rapid Transit System is based on two routes: one route connects Rawalpindi’s Saddar area to Pak Secretariat while the other runs between Peshawar Morr and Islamabad’s newly constructed International Airport.

The whole system of Metro Bus Islamabad is managed by the Punjab Metro Bus Authority (PBMA). It is the same authority that administers Metro Bus Lahore and Metro Bus Multan. Counted among the most advanced infrastructure projects in Islamabad, the Bus Rapid Transit System in Islamabad is based on a fleet of a total number of 68 buses, out of which 60 vehicles are in use while the rest have been kept in spare. The daily operations of this public transport system start as early as 6.15 am and runs till 10 pm at night. The fare of a metro bus ride in Islamabad starts from PKR 30 only, making it one of the most budget-friendly modes of transportation in the capital territory. If you are interested in knowing more about the Bus Rapid Transit System in the capital, then you can read our complete overview of the Islamabad’s Metro bus system.