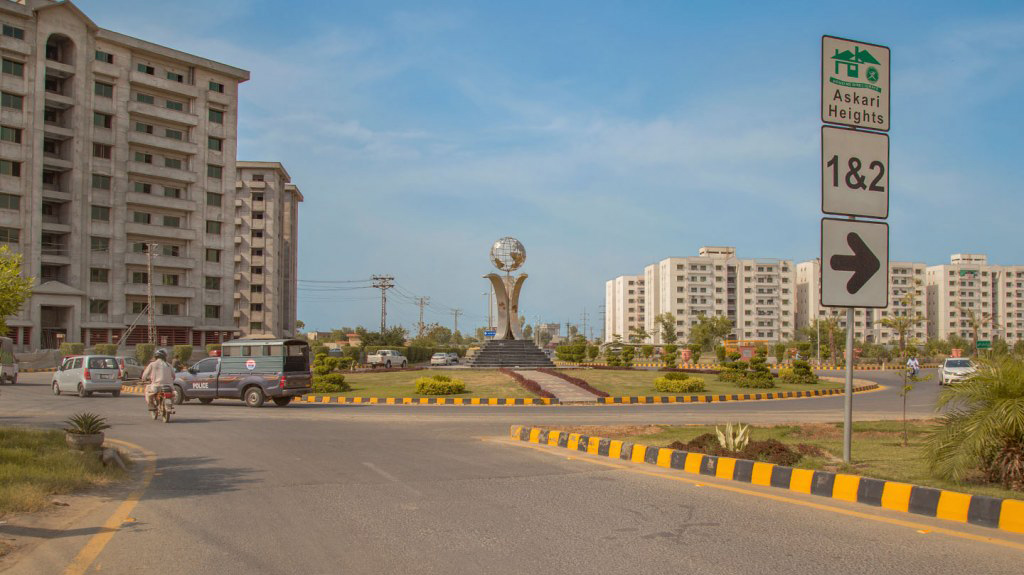 Askari 11 is located adjacent to DHA Phase V on Bedian Road and can be easily reached from Nawaz Sharif Interchange and Kamahan-Lidher Road.

Furthermore, Allama Iqbal International Airport is located at a short 16-minute drive from the residential society if you travel via Ring Road. Meanwhile, Lahore Cantt Railway Station is roughly a 30-minute drive away. Popular tourist attractions in Lahore, such as Lahore Fort and Badshahi Mosque are also more or less half an hour’s drive away from Askari 11.

ACCESS TO PUBLIC TRANSPORTATION
Given its proximity to Lahore Ring Road, those living in Askari 11 Lahore also have easy access to transportation. In fact, the residents of this well-developed gated community can reach all parts of Lahore within a matter of minutes.

Apart from ride-hailing services, the residents of the area can also commute via public buses. There are several bus stops located in the vicinity, including UET Bus Stop, Dera Chahal Bus Stop, Thethar Puly Bus Stop, Karbath Soling Bus Stop and Heir Bus Stop on Bedian Road. The Daewoo Bus Stop near DHA 2 is also not far to reach.

Easily available public transportation is one of the top facilities in Askari 11 Lahore.

Its proximity to Lahore Ring Road has played a huge part in the housing scheme’s popularity
previousENVIRONMENT
nextWhat Makes Askari 11 Lahore an Ideal Place to Live?