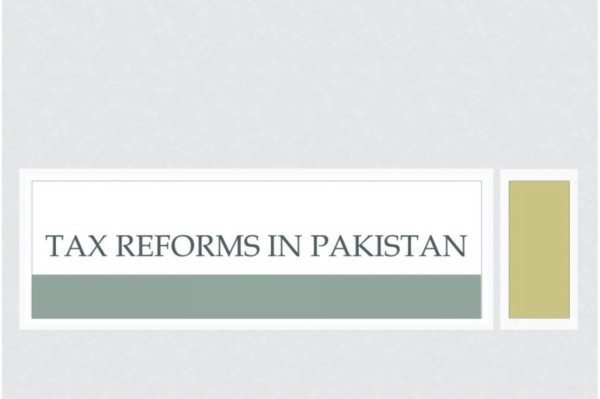 Now corruption is no more an issue but the real problem is people of Pakistan not paying taxes and they should be treated as criminals and absconders while the corrupt will roam free on the cars, residences and offices all paid as taxes by the people of Pakistan.

It really gives me a lot of pain that for years and year we are stuck in the same circle. Every Government whines about people not giving taxes and yet is unable to do anything about it. It is either that they are beneficiaries of the same system and they just want it to continue or they are really incompetent and have no idea how to bring around a change.

I am a huge fan of tax culture but we have not developed that culture in our nation in 70 years and the change cannot come over night. The Government must understand that they are facing a nation which will not spend a 1000 rupees on a helmet supposed to protect there lives, so what makes you think they will give taxes if they have a choice.

To understand the solution we must first analyze the problem.

Problems with our existing tax systems.

In my personal opinion there are following problems with the system that exists in our country today, why people are so reluctant to pay taxes:

The new Government policies will only promote cash hoarding and will not do any thing to eliminate corruption.

The solution to this entire fiasco is simple, I will not go into micro details but  in general we need to move towards fixed indirect taxation rather than voluntarily taxation while giving special privileges to the tax filers. This can enhance tax revenues for the Government and will also motivate non tax filers to file there returns and declare assets.

Presently it seems like that the policy makers have quite effectively deflected off the blunt of Government policies towards normal businessmen and general people of Pakistan, in order to hide there own corruption and system failure. Now corruption is no more an issue but the real problem is people of Pakistan not paying taxes and they should be treated as criminals and absconders while the corrupt will roam free on the cars, residences and offices all paid as taxes by the people of Pakistan.

A wise man once told me that a leaky bucket will keep on leaking no matter how much water you pour, the only solution is to fix the leak before you put more water in it.

It is however true to say now that the Government has decided to pour in more water rather than fixing the leaks which is already resulting in even bigger leaks.

There must be a difference in money earned but not declared by the people who do not hold a public office from the money earned through corruption. This differentiation is very important in a country like ours where a huge population holds money on which tax has not been paid, yet it has been earned through rightful sources, businesses, services and inheritance.

If our main purpose is to collect tax and discourage corruption and differentiating between these two sources of black money we can simply  allow amnesties to people by collecting taxes when they do business.

Restricting non tax filers to buy luxury goods, properties or cars etc has proven to be counter productive as they just hoard the cash for as long as they can. It further negatively effects the economy of our country as that money disappears from the cycle.

It is therefore best that restrictions should not be imposed but extra taxes must be levied, for e.g a 5% tax on FBR value if any non tax filer wants to purchase a property. Let us stop the drama of 1% extra withholding tax or 1 lacs extra for buying a car, if you are not paying taxes than you must be ready to pay at least 5% of the value of the property and up to 20% on the value of the car you are planning to buy. This percentage can be increased to 10% and 30% respectively in 5 years or so.

It is a win win , the Government gets the taxes and the money comes back in the circle, where as the non tax filer who is scared of the incompetent systems feels secure even after paying a higher price for goods.

Yes, I understand this sector need reforms, like all others but it is also one of the highest tax paying sectors in Pakistan. Every time a property is transferred the Government gets withholding tax, CGT and stamp duties in millions. The requirement was to fix it but the Government has broken it entirely.

It is much wiser to stop the corruption at the source rather than collective punishment policies on the sectors where that money is being dumped.

A special 10% VAT on all retail sector should be incorporated, this should include things such as furniture, car parts, clothes, imported food items, electronics etc and every other considered as luxury item except food and health care. This step has to be done very carefully to make sure that we do not burden the poor community of our society.

This 10% VAT should be refundable to the filer but not to the non filer, this will also give Government a clue about filers spending etc. It is also very important that filers should be refunded money from the bank through an easy process when ever they feel like, rather than waiting for year end so that it does not make life difficult for our middle class.

In order to attract foreign investments a lot of countries around the world offer lucrative amnesties, we on the other hand are reluctant to offer even our expats any privileges. It is beyond comprehension why we are putting restrictions on foreign remittance and even if we have to do it due to foreign restrictions, we can personally give them exemptions in taxes etc.

Fix the institutes not the public

Last but the most important one is to first fix the institutes responsible for tax collection and Government revenues such as Custom tax, income tax , FBR. The people sitting at helm of affairs in these institutes do not want fixed indirect taxation or automation as that will eliminate there corruption and they will always find ways and leave loopholes to benefit themselves and there blue eyed.

What is stopping the FBR from collecting data of all those public office holders who are living beyond there means and making it public?

All in all I see that the present policies of the Government for tax collection to be a rough ride where although the direction is right but the path chosen is wrong and full of thorns. If we go through this momentary dis-balance we will end up with a much better Pakistan, however we still have a choice and we can make this journey smoother and more productive.