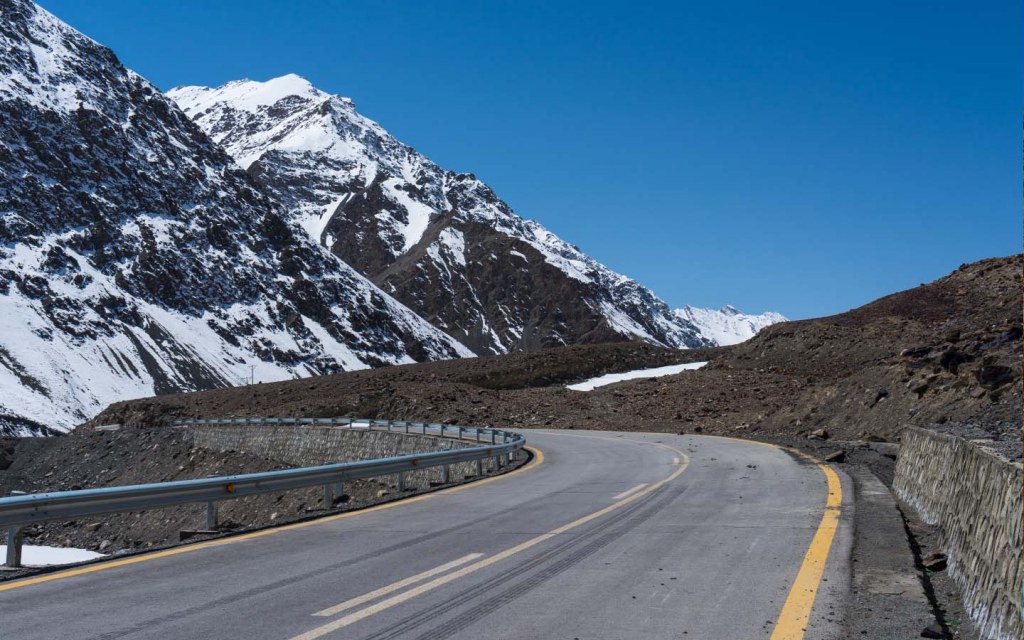 Karakoram Highway, which has many twists and turns, stretches across miles of valleys and barren land with an unparalleled view of the surrounding mountains. The Pakistani section of the highway officially starts at Hasan Abdal in Punjab, 50 km northwest of Rawalpindi. On the other hand, the city of Kashgar is the starting point of the Karakoram Highway in China.

Khunjerab Pass, on the Karakoram Highway, is the point where the borders of Pakistan and China meet. Nevertheless, if you plan to enter China from Pakistan, or vice versa, then you should know that Khunjarab Pass is closed from November to March due to heavy snowfall.

The KKH has also been included in the China-Pakistan Economic Corridor, because of which various sections of the highway have already been or are being repaired to offer an improved travelling experience.

Reconstruction as part of the CPEC route

The China-Pakistan Economic Corridor is a result of the Friendly ties between pakistan and China’s Belt and Road Initiative (BRI). As a part of the CPEC route, reconstruction of the Karakoram Highway’s different sections has been planned and initiated. A 54-kilometer section of the KKH from Hasan Abdal to Havelian, which is currently a two-way road with one lane for each direction, will be transformed into a four-lane expressway.

Similarly, other parts of the Karakoram Pass (N-35) in Pakistan as well as National Highway (N-5) are also being expanded or reconstructed. These infrastructure improvements on the Karakoram Highway will make it easier for heavy traffic to flow smoothly and the transportation of goods from the port city of Gwadar in Pakistan to China — and the other way around — will also be significantly improved.