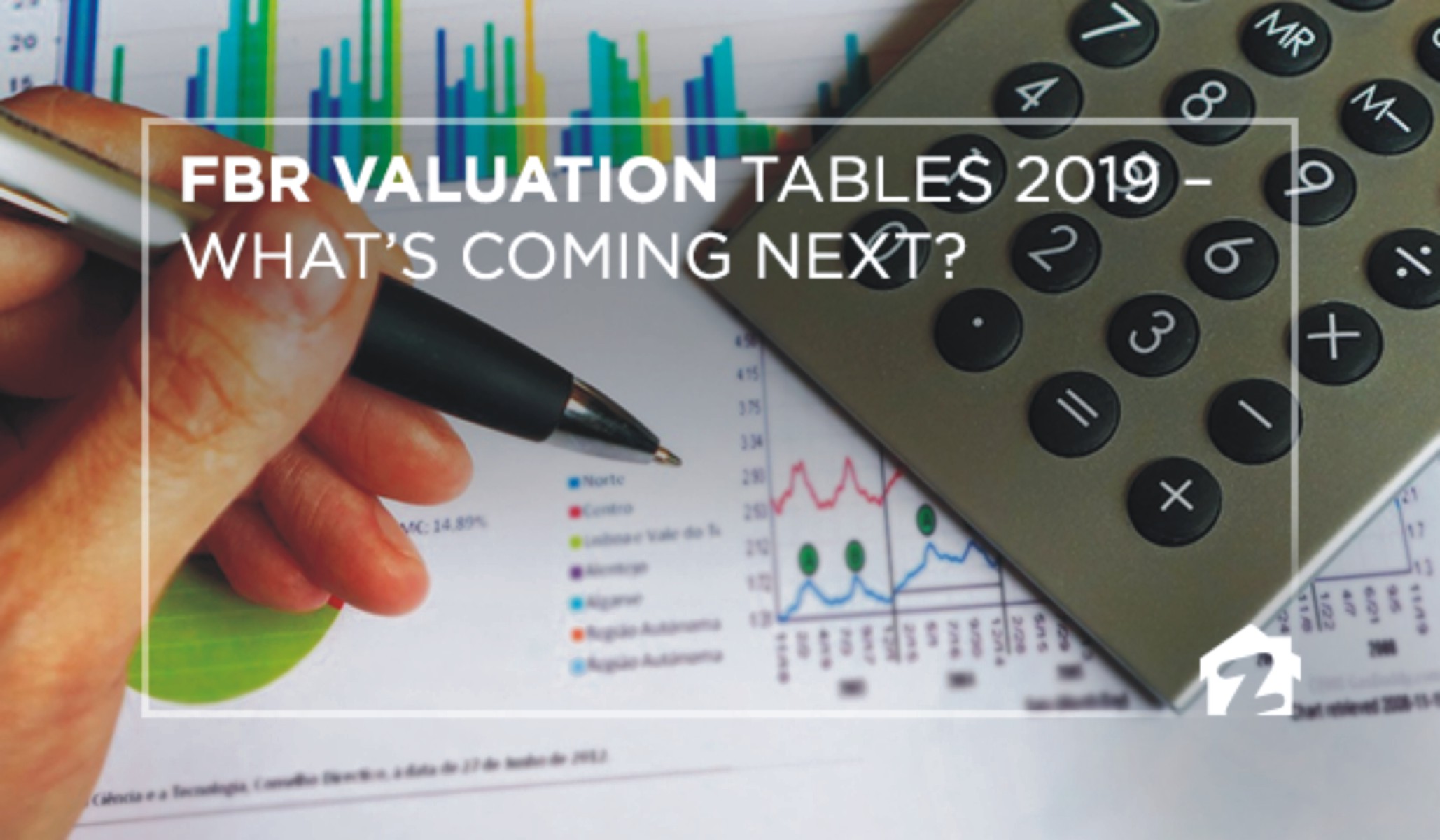 As promised back in 2016, the Federal Board of Revenue (FBR) has increased property valuation table rates for real estate across 20 major cities of Pakistan.

This rise, based on another board commitment, will proceed gradually. By increasing table rates by 15% to 25%, the federal authority hopes to raise tax collection from the real estate sector from the existing PKR 50 billion to the PKR 75 billion marks.

The revised valuation tables have enabled FBR to reduce the disparity between the rates at which a property deal concludes and those notified in the transaction deed. Before the board publicized the valuation tables for the first time in July 2016, property taxes were calculated according to the Deputy Commissioner (DC) rates.

Current DC rates throughout Pakistan are lower by approximately 80% than their concerned properties’ corresponding market rates. This observation comes despite the fact that the rates had been increased by almost 50% two years ago.

As has been publicly stated, the FBR needed another set of valuation tables to make real estate tax collection more feasible. Many people believe that the main motive behind this revision is to prevent investors from parking their undocumented money into the real estate sector.

According to the estimates shared in certain news reports recently, Pakistan’s real estate sector is worth PKR 7 trillion. In the 2017-18 period, however, the sector contributed only marginally to the national economy with a 0.1% GDP share – by contributing PKR 23 billion in taxes.

In order to help stakeholders adjust to the planned tax mechanism for the property sector, the FBR offered an amnesty scheme back in May 2018. Tax evaders throughout the country were encouraged to avail this concession before its term expired, with the threat of legal action in cases of noncompliance.

At the moment, the FBR is in talks with several foreign governments for obtaining details of offshore asset holders. Those who opted not to declare their local and overseas assets have started to receive official notices as a result.

Many economists are hopeful that should the operation be pursued in its true spirit, it will help the country recover trillions of rupees in terms of assets stacked offshore.

Presently, the FBR is short by PKR 188 billion in terms of the tax target set for the current fiscal year. With the recent rise in valuation table rates, the board intends to increase revenue collection and bring this difference down.

The following table will give you a better understanding of the new and old FBR rates applicable in your city:

The FBR is committed to reducing the difference in property fair market values and real time prices. This naturally calls for a steady increase in rates.

The board previously hinted about increasing the rates gradually in every successive year, but it didn’t revise them back in 2018. In order to compensate for this lapse, many people expect that the authority will reveal a new table of rates in the upcoming 2019-20 budget.

With rates set to increase twice in one year, there is discernible fear in some circles that the move will adversely affect the real estate market. Several property experts are of the opinion that together with a PKR 5 million limit imposed on non-filers, the new FBR rates will make parking black money in the real estate sector even more difficult.

According to an FBR official, the board wants valuation table rates to fall close to 80% of property market values. Currently, the FBR rates read lower by 40% on this metric. Furthermore, the board is looking to remove all signs of this disparity at both the provincial and federal levels.

So simply put, what’s coming next is another rise in valuation table rates and the DC rates. This process of gradual increments will continue until the rates notified by the provincial and federal governments are lower than 20% of an average piece of property’s market value.

May Allah protect Kashmir from further Indian atrocities. Why are human rights organizations asleep on this issue? Why the massacre of Muslims? One day they too will have to face this situation inshallah. 0share Share...
Read more
December 22, 2021